In January, 2018，the most popular drama about urban people’s emotional life was absolutely Mr. Right. In addition to actors/actresses and scenario, what everyone says about a rich variety of advertisements that are put into this TV series are also attractive.

The advertisements in this TV series are extremely impressive, which makes people cheer with “awesome” for the Volkswagen Phaeton of President Zou and the Synear Dumplings of Cheng Hao’s Father. However, the most impressive advertisement is absolutely the powerful placement of BESTORE. 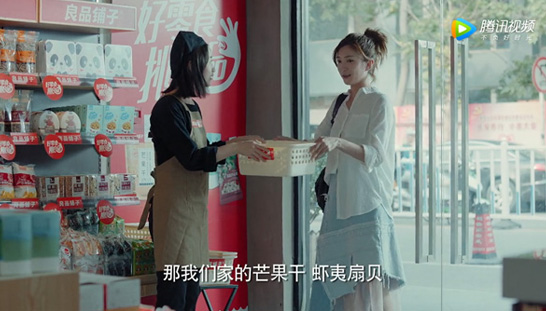 In episode 21, Luo Yue, acted by Jiang Shuying, goes shopping in a store on the day before her trip with Cheng Hao’s Father. TV viewers take a closer look and find that: wow, it’s the advertisement of BESTORE purely for the purpose of commercial marketing! The brand LOGO is exposed before the public. What’s more, TV viewers can do nothing but catch their eyes on Dried Mango and Pistachio. At the same time, some TV viewers even order Instant Scallop that Luo Yue selects on the Internet immediately and then recommend it on Weibo through the method of video, which says that this celebrated snack on the Internet boosted by Mr. Right is very delicious, “fat and succulent” and “savory and chewy”. 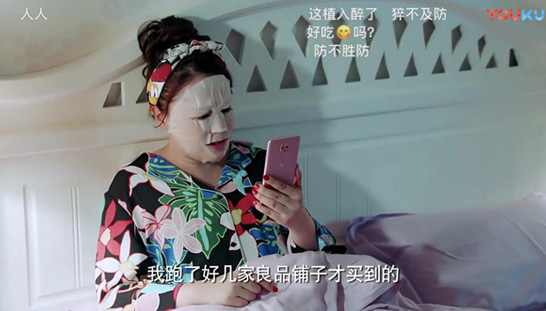 Nevertheless, it is bound to say that the placement points of BESTORE are highly accurate. In addition to the plot when Luo Yue prepares snacks for trip, TV viewers are also deeply impressed by the plots when Zou Beiye purchases snacks for Qiao Yilin at BESTORE and when Luo Yue’s Mother complains about the difficulty in purchasing Instant Scallop. These placement points are close to life and scenario with “catching TV viewers off guard”. On the one hand, the viewers think the scenario admirable due to its reasonable and ingenious plots. On the other hand, they really order snacks in the official website of BESTORE as the characters in this TV series so that they can eat while watching.

BESTORE can be regarded as a veteran in placing ads into TV series. In summer of 2017, the multi-angle and all-around IP marketing between BESTORE and Ode to Joy II in the TV series ignited a wave of enthusiasm. And in 2018, BESTORE seized the opportunity of marketing once more through its further cooperation with Mr. Right, hot drama about urban people’s emotional life at the beginning of this year. 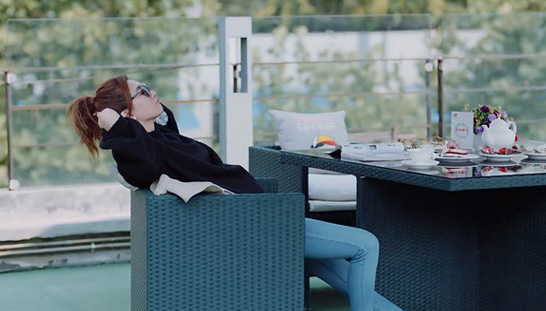 Duan Wen, the brand director of BESTORE, said in an interview: “There are certain standards for us to select the TV series into which we place the ads. Firstly, the modern urban drama is the first choice, because it can keep up with the pace of modern life; secondly, we only choose the TV series with the highest audience rating during the same period; thirdly, it must be a TV series that mainly focuses on female viewers who are also our key audiences.” As for Mr. Right with higher audience rating, its viewers are mainly urban women, especially young urban white collars. There is an enormous potential to convert the viewers of this TV series into snack consumers.

The viewers of Mr. Right are mostly young urban white collars, which are highly consistent to the core consumers of BESTORE. Since the successful product placement into Ode to Joy II in 2017, BESTORE has won the public praise of “favorite snacks of white collars” with its image of delicious and healthy snacks. Mr. Right, as the first drama about urban people’s emotional life into which BESTORE places its ads in 2018, includes multifarious placed ads, which are close to scenario, plots and other factors. Consequently, the urban youth are immersed in the ads and “attracted to purchase them” insensibly.

The most masterly strategy of product placement adopted by BESTORE in Mr. Right is the excavation of scene of consumption. Unconsciously, we can see the brand of BESTORE in all high-frequency scenes set for urban white collars in their daily life, such as office, living room, entertainment venue and sightseeing place, which will cultivate long-term and steady demand for snack consumption in a better way.

On January 8, 2018, BESTORE held the “2018 New Retail Sharing Meeting” in Beijing, which presented that BESTORE will change the traditional brand strategy and marketing mode completely and emphasize the deep communication with consumers rather than take sales as the orientation merely so as to advocate the emotion and value between people. And the dramatic product placement in Mr. Right can achieve multiple communications with consumers “heart to heart”. With the sharing of stories, scenes of sadness and pleasure and lifestyles, the brand mark will be deepened naturally if the connotation of snack is enriched.