On April 21, there were mobile “Chinese ‘Dog Foods’ Pop-up Stores” on the street of Wuhan, and the snack packages of Chinese “Dog Foods” were distributed to young singles at the scene, and the food run out less than half a day.

It’s reported that it was a cross-border cooperation between BESTORE and Doubility, introducing the interesting product of “Chinese ‘Dog Foods’” for young people, which is a bold attempt for both sides on exploring new retail channels and brand marketing. 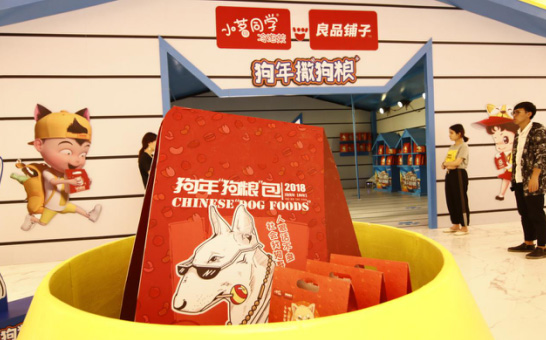 As seen by the reporter in K11 Shopping Mall (located in the Optics Valley), a pop-up store with a signboard saying “Dog Foods” attracted many people to stop, and people participating in the interaction could get a customized snack package of “Dog Foods”. Many young people were eager to try, so ten thousand “Dog Foods” snacks were taken away within only one day.

The merchants’ dispatching “Dog Foods” on the street has aroused heated discussion among citizens. Mr. Chen of Huazhong University of Science and Technology said that: the merchants created different forms such as Buddhist dog, proud dog and neurotic dogs, which fit well with the state of young people today. Miss Wang, who was shopping in the Optics Valley, said that: this pop-up store activity is quite great; I’ve seen it in Beijing and Shanghai, and I’d like to experience it this time when I see it in Wuhan.

“Chinese ‘Dog Foods’ Pop-up Store” is an offline marketing activity held by BESTORE and Doubility, for jointly launching the interesting product of “Chinese ‘Dog Foods’”, with the help of the hotspot symbols of the Year of the Dog and people’s love for dogs.

As one of the fronts for a new retail experiment, pop-up store is popular with brands and consumers. Since the model is novel, rich and interesting, offline pop-up store can attract a large number of consumers to gather in a short time, assisting the brand to enhance popularity and improve influence.

Unlike other brands, pop-up store emphasizes technology. “Chinese ‘Dog Foods’ Pop-up Store” is based on the attributes of leisure snacks and drinks and mainly reflected in the fun. In addition to the unique design of the inside and outside of the dog barn, it also equips the interactive areas of games such as the “doll-eating machine”. 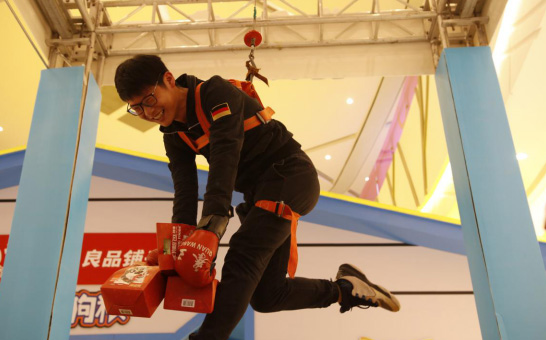 The responsible person of BESTORE made an introduction: the fans of BESTORE and Doubility are mainly young people. Compared with the post-70s and post-80s, the post-90s have consumption concept more individualized and “niche”; they have distinct consumption proposition with obvious “community” consumption tendency, and they are more willing to pay for emotionally resonant goods.

“I hope through the cross-border cooperation between BESTORE and Doubility, both sides can explore more possibilities in brand marketing. To completely change the previous forms of sales and marketing, we are no longer sales-oriented, but rather focus on communicating brand strategy with consumers, to transmit the emotion and value proposition among people.” The responsible person said.

Doubility, as the representative of brands that are most popular among the new generation, the new super orange oolong tea launched this year has achieved high praise since it fits the taste of young fans nowadays.

In order to do well in this brand marketing activity, both sides not only focused on the establishment of offline pop-up store, but also planed the verity of Kuso videos and H5 pages. Meanwhile, “Dog Foods” were sold through channels such as Jingdong Flagship Shop of Doubility, BESTORE Wuhan store and BESTORE WeChat mall simultaneously.