Will seafood snacks be the next investment trend? 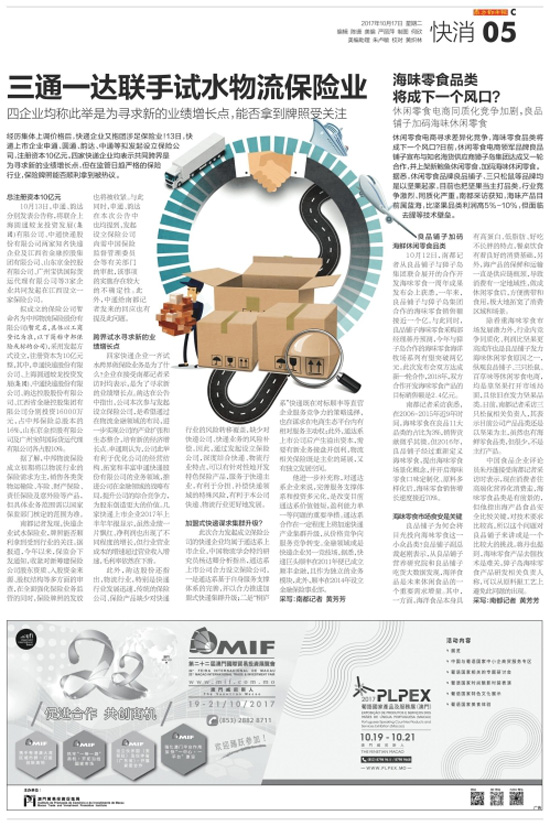 As e-commerce enterprises of casual snacks seek differentiated competition, will seafood snacks be the next investment trend? Recently, BESTORE, a leading brand of casual snacks, announced that it has reached another round of cooperation with Zhangzidao Group, a well-known marine products supplier, and will put new abalone snacks on sale and add to seafood snacks.

Reports show casual snacks brands, like BESTORE, Three Squirrels and others, all started their business from nuts, and are currently taking nuts as the main product, resulting in fierce competition and serious homogenization. Southern Metropolis Daily learns from an interview that, seafood category currently a blue ocean market, of which the profit is 5%-10% higher than nuts but face technical barriers such as de-fishy.

The reporter of Southern Metropolis Daily learned from the interview that, during nearly nine years from 2006 to 2015, seafood snacks accounted for only 3% of the 11 categories of BESTORE, with very little sales contribution. However, in 2016, after redefining seafood snacks, BESTORE proposed the concept of scenario-based seafood snacks, and after launching the customization of tastes and diversification of raw materials, the sales growth rate of seafood snacks up close to 70%.

Food safety is the key for seafood snacks market

Why does BESTORE pay its attention to the small category of seafood snacks? Zhao Gang, vice president of BESTORE, said that, the nutrition institute and foodie big data reveals seafood is an important demand increment for future snacks. On one hand, featuring high protein, low fat, delicious and free of adding weight, seafood itself has a good consumption base. On the other hand, the preservation and transportation of seafood have always been a bottleneck in the supply chain, resulting in a certain regional consumption. After being made into casual snacks, it will be convenient to carry and eat, greatly expanding the consumption areas and scenarios.

In addition to valuing the market potential of seafood snacks, the homogeneous competition in the industry and higher profits than nuts may also be one of the reasons that BESTORE adds to seafood casual snacks. On the whole, casual snacks e-commerce enterprises such as BESTORE, Three Squirrels, Be & Cheery and others all started their businesses relying on nuts and now still lay emphasis on nut products. A few days ago, the reporter of Southern Metropolis Daily interviewed a relevant person in charge of Three Squirrels, who said that the company is still taking nuts as the main products, and although there are also seafood snacks, yet only a few and not the featured ones.

Zhu Danpeng, a commentator of Chinese food industry, said in an interview with the reporter of Southern Metropolis Daily that, consumers now value high-end and nutritious foods, and the category of seafood snacks is promising. However, he pointed out that as the food safety of seafood is relatively critical, and the technical requirements are relatively high, this is a big challenge for BESTORE. Jiang Dan also mentioned that, the de-fishy technology is a barrier for seafood snacks, and a relevant person in charge of the R&D of seafood snacks of Zhangzidao Group said that such problem can be avoided from the updating of raw materials and processing.