Finishing the operating decision with only a mobile phone, the new retail of BESTORE wins collective praise of Ali’s “View China” guests

How to conduct digital transformation of enterprises? How to turn customers into assets? How to promote the landing of new retail internally? At the high-end ideas forum of “View China” during the Double 11 Shopping Festival held yesterday, as a bench-marking enterprise of the new retail, BESTORE revealed the “password” for the development of the brand new retail. This string of “password” was considered by the academic circles and Alibaba as “a very typical and brilliant case”. 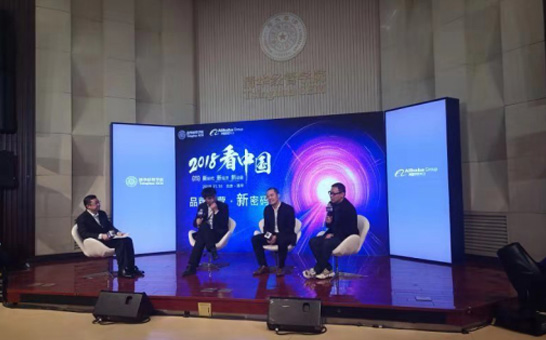 The picture shows the guests discussing the case of BESTORE.

In recent years, BESTORE has actively carried out the new retail and is recognized as being in a leading position in the industry regarding customer insights and digital transformation: As early as 2008, BESTORE launched the on-line store informatization system. In 2009, it launched the informatization management system of warehouses. At present, the inventory change is at the hourly level which is in the leading position in the industry. In September 2015, BESTORE launched the big data back-end system established by IBM and SAP services, realizing the digitization of the supply chain. In 2017, cooperating with Alibaba, it launched the smart store system. In June 2018, the smart shopping guide system was launched. While continuously improving the efficiency of internal operations, BESTORE is always committed to optimizing and improving the customer experience.

Supported by the new retail, BESTORE has also won a series of growth opportunities: Through finding the target group by the intelligent shopping guide system, the acceptance rate of promotional information is 30 times that of the traditional model, while the write-off rate is 12 times; Using the seismograph to select store site, the accuracy rate of sales forecasting has increased by 30%, and the average daily sales of the new single store has increased by 7%. On the Double 11 Shopping Festival, the number of orders in smart stores grew by 140% on year-on-year basis while the sales volume grew by 166.9%, continuing to lead the industry’s new retail list. 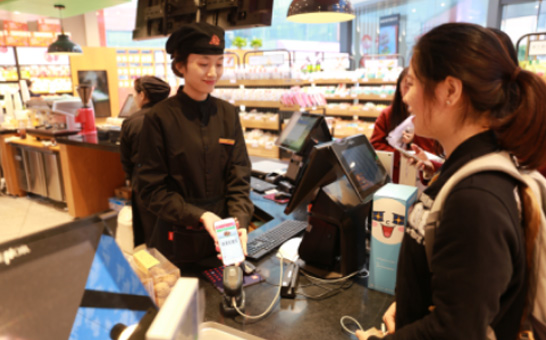 The picture shows customers picking up the goods with the e-coupons at the smart store of BESTORE on the Double 11 Shopping Festival.

“It is amazing that a mobile phone can handle operating decisions within a smart store of BESTORE.” exclaimed by a guest at the scene.

Professor Chen Yubo, Vice-president of the School of Economics and Management of Tsinghua University, believes that BESTORE is a very typical and brilliant case of digital transformation of the traditional retail industry. “In the trend of customer side reversely forcing the updating of supply side, ‘Internet+’ has been the most mentioned word for corporate transformation in the past two years, which thereby is one-sidedly viewed as a question of channel. With offline stores, what we only need is to add an online channel, right? However, the case of BESTORE has shown that the core of digital transformation is far from a single channel, brand or content, but how to truly create a full-life-cycle, full-value-chain, omni-channel database with customers as the center and put it into practice. “

“The value of customers is not necessarily generated only in the purchase, but may also in the interaction, or at any stage of pre-sales, in-sales, and after-sales.” Chen Yubo analyzed that the special thing of BESTORE was that not only its marketing side but the entire supply chain was driven by the customers’ individual needs, and the data operation was then realized based on all customers being online comprehensively.

In fact, the establishment of the above model in BESTORE is not finished within one day or two. “There are indeed difficulties in technology and application, but the biggest difficulty is in thinking.” Zhao Gang, Senior Vice President of BESTORE, said, “in the beginning there was an inconsistency among the executive departments; however, BESTORE was so lucky that the founder actively embraced and fully accepted the new retail concept, and then adopted a way of accelerating the organizational change to promote the implementation of the new retail.”

In 2015, BESTORE launched the take-away business, of which the sales volume was initially included into the online part, but the problem quickly came out: the take-away goods need to be delivered through stores, but due to the lack of performance driving, it’s difficult to carry out the business in stores. Thereafter, BESTORE re-scheduled the take-away business to stores and established the O2O Business Department. After three months, it proved very effective.

In this regard, Dr. Xiao Lihua, Vice President of Alibaba Group, stated a status quo: Enterprises that are currently successful in new retail have one thing in common, that is, the change of new retail is dominated by the offline store that is relatively hard to drive. “Where is the trouble of the new retail? It lies in that online and offline businesses have always been in a split or even hostile relationship for many years. BESTORE has successfully solved this trouble by disentangling the benefits of various channels, which can be considered as a very successful case of end-to-end full-scale digital transformation.

Taking the smart shopping guide activity launched by BESTORE on this year’s Double 11 Shopping Festival as an example, in the mobile phone Taobao side, the off-line VIPs were recruited to the on-line part through the cloud store, which resulted in more accurate mastering of the VIP data, and then the off-store transaction was realized, attracting customers for the off-line store, which was equivalent to a reconstruction of the production relationship.

Next year, BESTORE will continue to explore the new retail centering on three things: first, continue to upgrade the platform and strengthen the customer-centered link; second, focus on products to better find and meet customers’ needs; third, make innovations around the new retail, improve internal efficiency and optimize the customer experience.